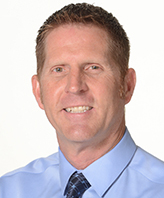 Joseph P. Wagoner, Esq. has been practicing law in the State of Florida for over 28 years. Mr. Wagoner achieved his Juris Doctorate from the University of Miami in 1990. Mr. Wagoner is a Cum Laude graduate from the American University in Washington D.C. where he received his B.A. in Criminal Justice in 1986. His honors include the Phi Kappa Sigma National Honor Society, Alpha Phi Sigma, the National Criminal Justice Honor Society and Pi Alpha Alpha, the National Society for Public Affairs and Administration. He was admitted to practice law in the State of Florida in 1991. Mr. Wagoner is also admitted to practice law in the United States District Court Southern District of Florida and a member of the Florida Justice Association where he has EAGLE status.