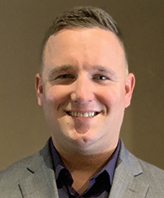 Thomas M. Wiest, MS has been dedicating nearly ten years of his career to the United States Army. Mr. Wiest achieved his Masters of Science in Bio Medical Professions as an honor graduate in 2014. Mr. Wiest received dual B.S in Biology & Psychology at Cumberland University in 2011. Continuing to follow the medical field Mr. Wiest joined the United States Army after his undergrad and became a Combat Medic. After several years training in the medical field, Mr. Wiest commissioned into the Quartermaster Corp and has been continuing to advance in his career while working as a Legal Assistant for Joseph P. Wagoner, P.A.